The rain has come back but the struggle continues for the abandoned Wayuu people of Colombia’s northern region La Guajira.

These photographs were taken in La Guajira region of Colombia in May 2016. We ventured from the northernmost point, which is dry and desert-like, to the southern zone, which exhibits tropical terrain with more vegetation. However, since the opening of the Cerrejón coal mine, the region’s vegetation has been reducing by the day. The coalmine absorbs most natural water resources, while La Guajira also experiences long periods of drought.

On our journey, we interviewed and photographed members of various Wayuu communities who suffer lack of access to fresh water, poor living conditions, incessant exploitation of artisan goods and expropriation of land, largely due to corrupt officials and foreign conglomerates. While witnessing this social crisis, we talked to people fighting for change within their communities. Although during our short visit it started to rain again, the struggle in La Guajira continues. 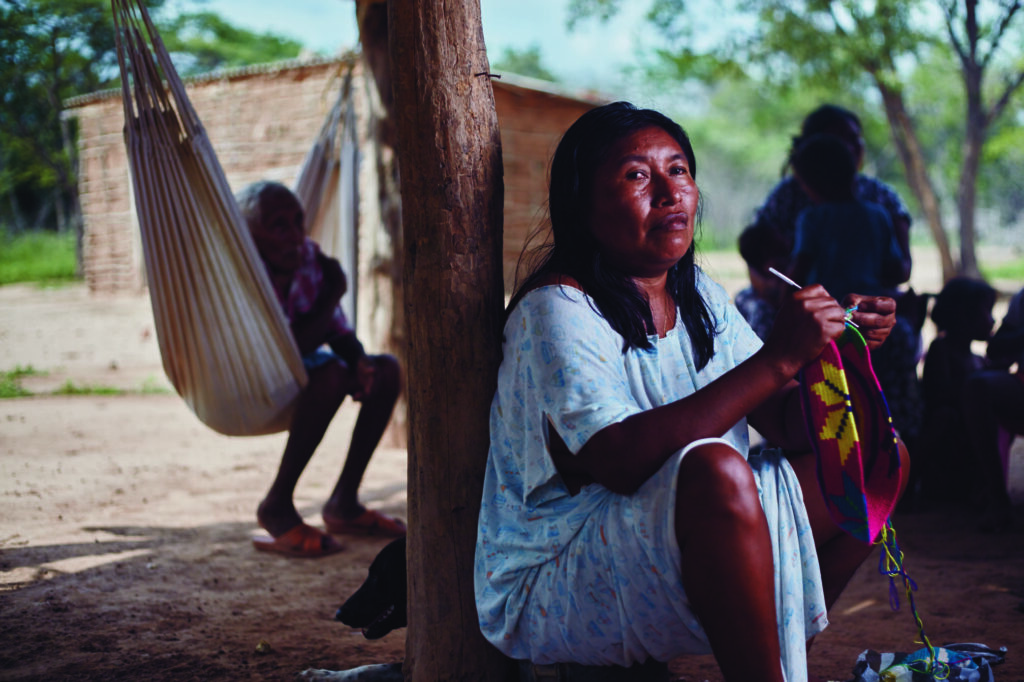 Above: Dailen works on her latest mochila, a traditional woven handbag featuring abstract geometric patterns and bright colours, with each new design element carrying its own meaning and symbolism. This art form has become the primary form of income for many Wayuu communities. Often they sell their precious goats in order to buy supplies for the creation of mochilas which provide them with finances faster than a goat can feed them. However, competition has increased dramatically since investors started creating sweatshop factories where mochilas are mass-produced and based on template designs. 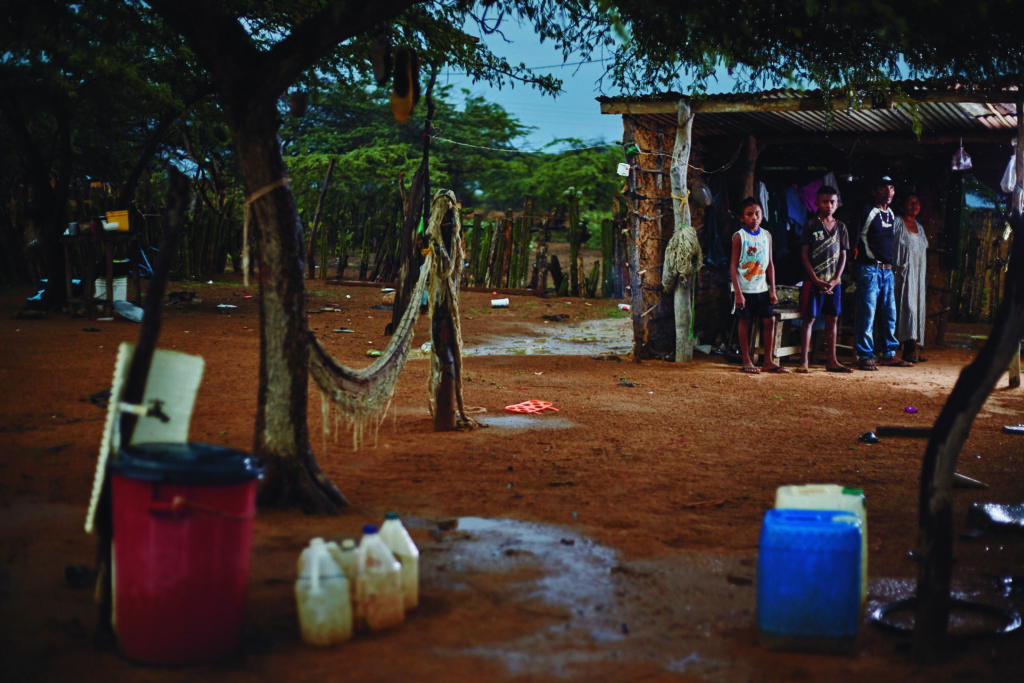 Above: José Sapuana and his family stand under the roof of their home. The tap water is salty so the rain is a blessing, even though it’s corrosive effect on the structure exposes them to the wet and cold. They have lived here for over 20 years and Jose has applied many times for benefits, but is yet to receive any. 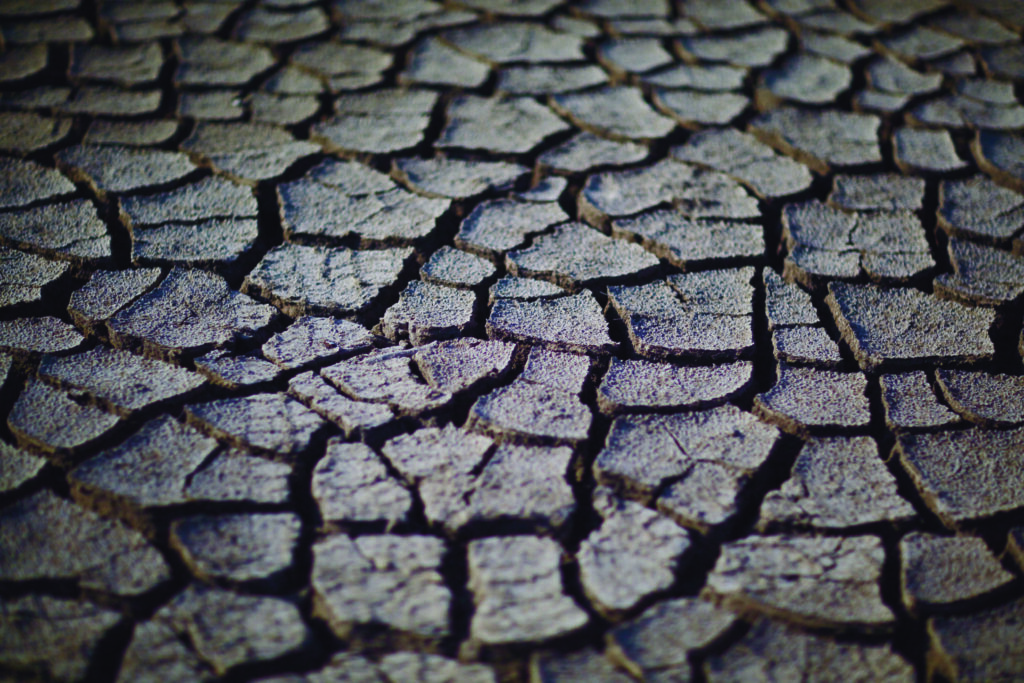 Above: Although the rain has begun to fall again, most of La Guajira remains affected by drought. Where crops once grew, there is nothing but dry dirt and resilient weeds. 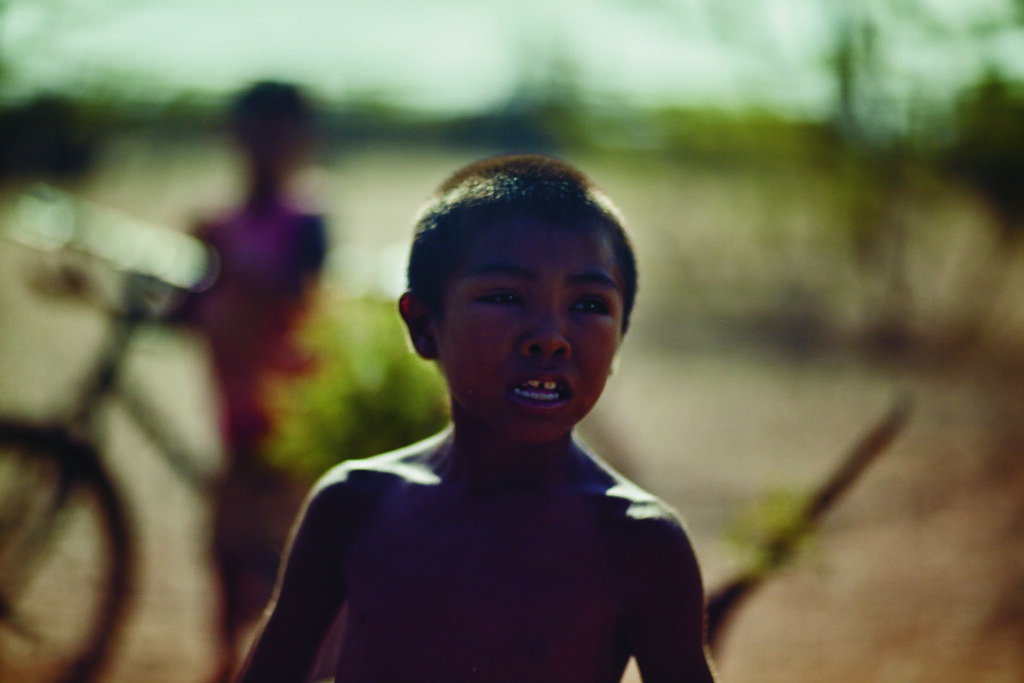 Above: Along the gravel roads that lead through Upper Guajira, children set up improvised toll booths, usually blocking the road with a rope across the path, to beg for food or water from travellers. 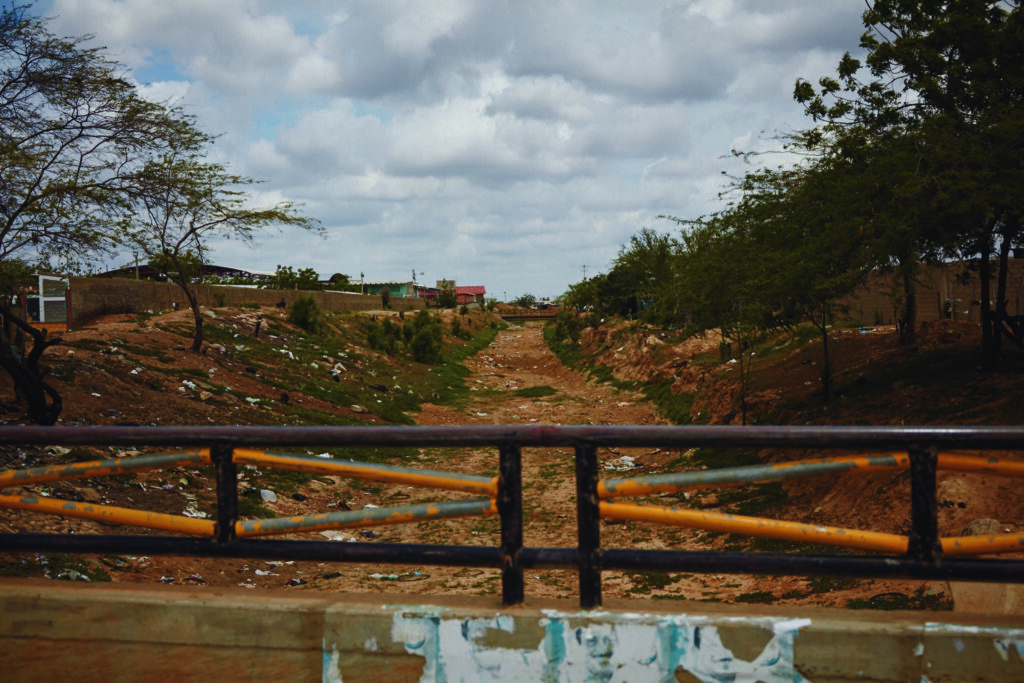 Above: Most rivers run dry due to the absence of rain. Many Wayuu claim this is due to the huge amounts of water used by the Cerrejón coalmine. Elders reminisce of a time when rivers flowed through the land and crops were plentiful. 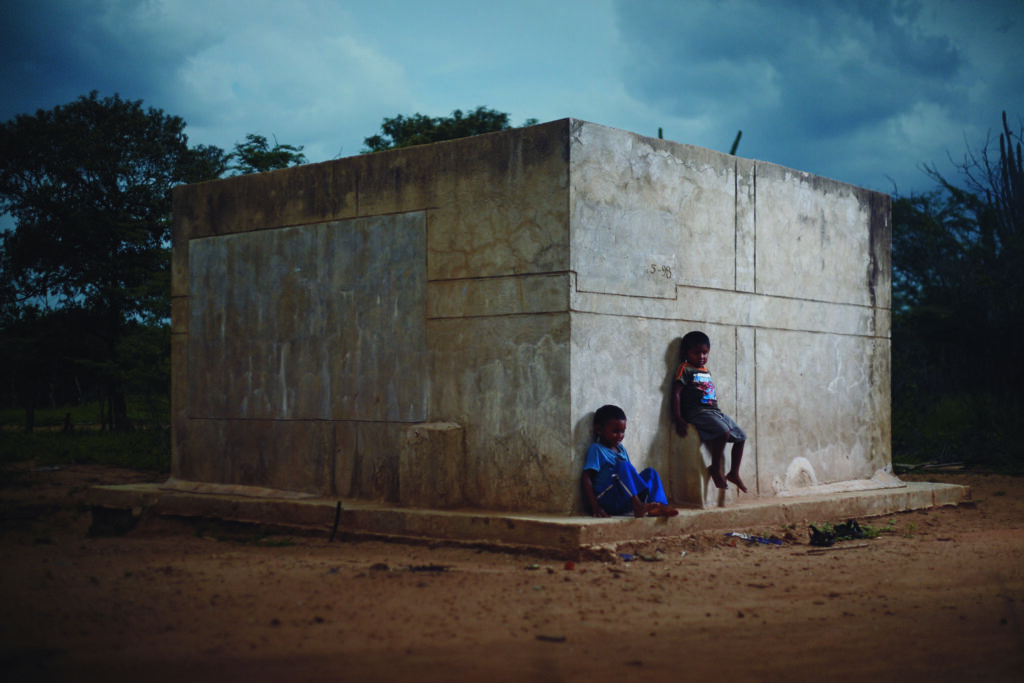 Above: Two young boys sit outside a concrete water storage tank in the Perracat community. Since being built in 1998, it has been filled once. A second tank nearby, built by the Red Cross in 2015, is also empty. 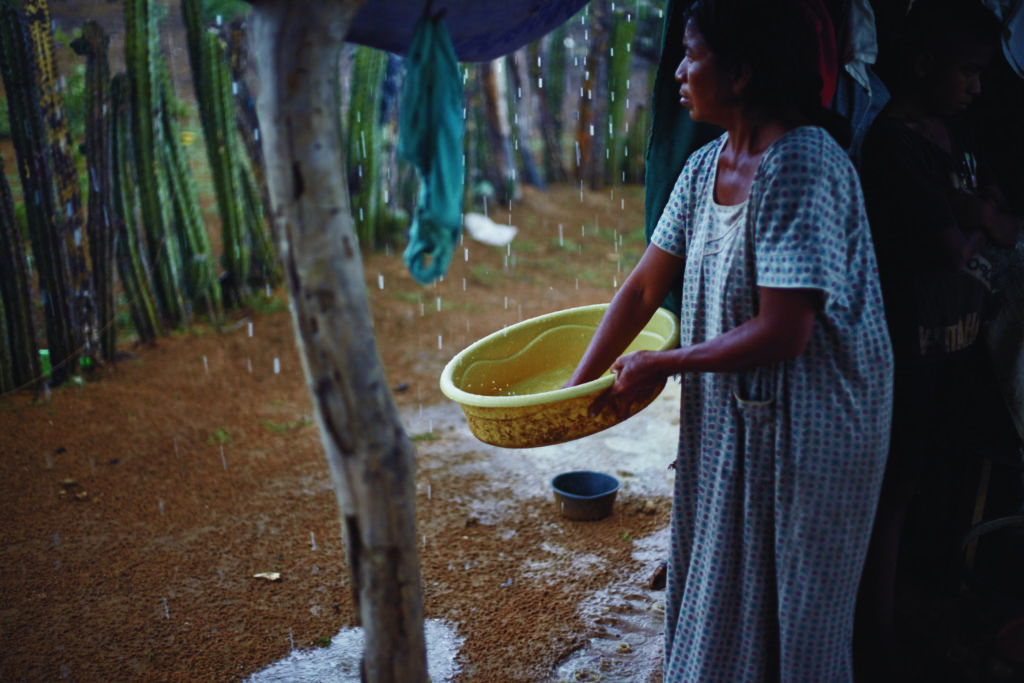 Above: Marlene Sapuana sets up buckets to collect as much rainwater as possible. Prior to these photos being taken, it had not rained for four years in the region. 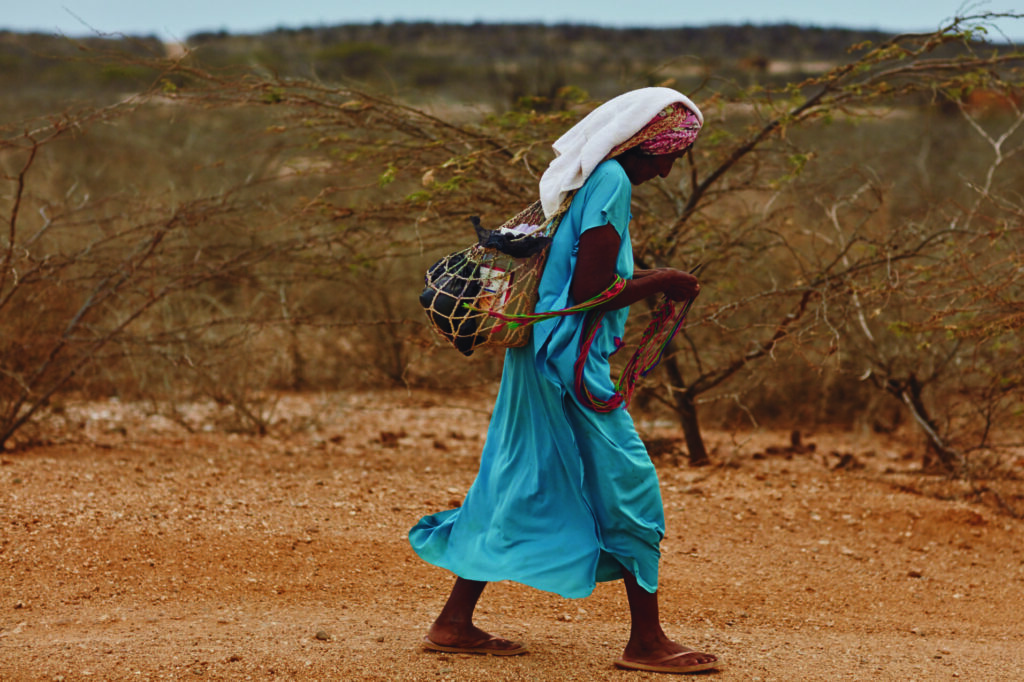 Above: A woman marches through Upper Guajira, carrying water and supplies, while making a bag to sell. The Wayuu living here spend many hours crossing the desert to reach basic necessities such as water and healthcare facilities. 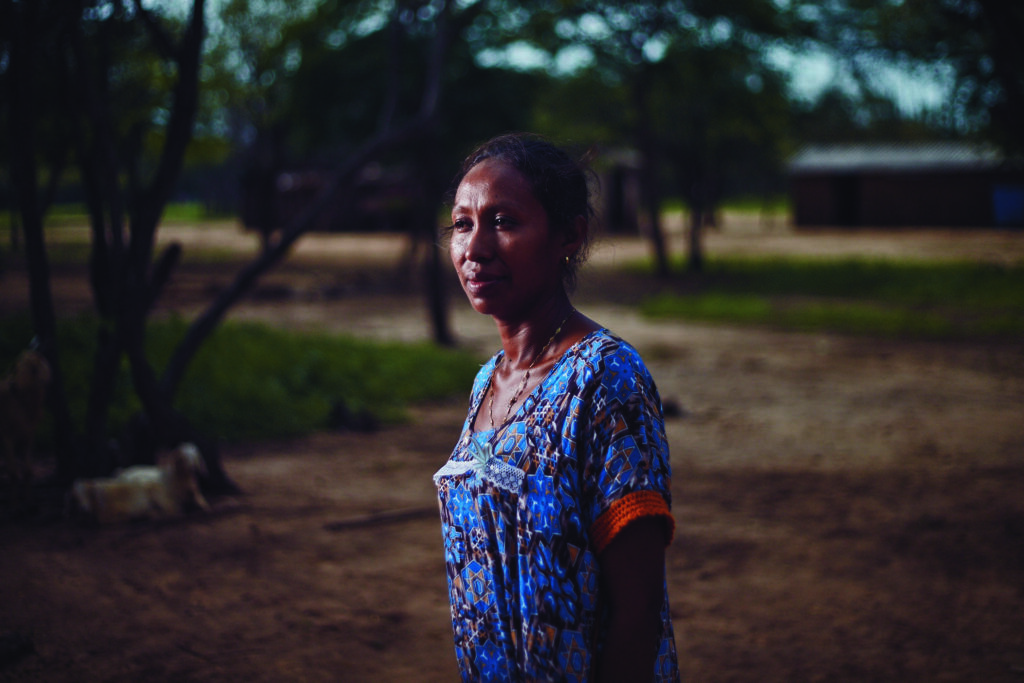 Above: Miriam Serra of the Perracat Community makes a living selling bags in the towns. She runs a local education centre for young children. She hopes that the Wayuu will establish sustainable and fair methods to sell their handicrafts. Many Wayuu are forced by necessity to sell to the first bidder, who then sells at up to ten times higher in foreign markets or the big cities.

About the Author: Vasilis Pazionis