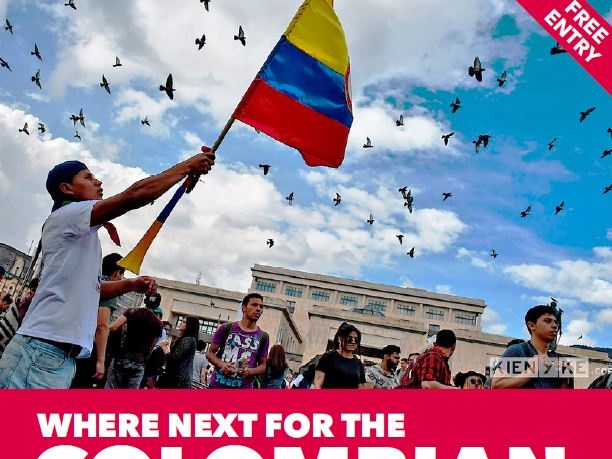 Where Next for the Colombian Peace Process?

Come and hear what the future holds for Colombia’s peace process and how the international community can support it.

Despite the 2016 peace agreement, Colombia is still the most dangerous place in the world to be a trade unionist. And hundreds of other activists, including environmental campaigners, women’s leaders and human rights defenders have been murdered too. Which is why British unions have long supported Colombian civil society in its struggle for human rights, workers’ rights, peace and social justice.

Diego Martinez is a Colombian human rights lawyer who was involved in developing the peace agreement. He was legal adviser to the FARC during the 2012–16 peace negotiations. Previously, he was head of the Permanent Committee for Human Rights (CPDH), one of Colombia’s oldest human rights organisations, which provides legal support to trade unions, including members jailed on false charges. Diego has been targeted several times over his work. In October 2018, a paramilitary group threatened to kill his family and he received further threats in November 2019.

Lloyd Russell-Moyle MP, Shadow Minister for Americas and Caribbean, East Asia and the Pacific, and the Overseas Territories