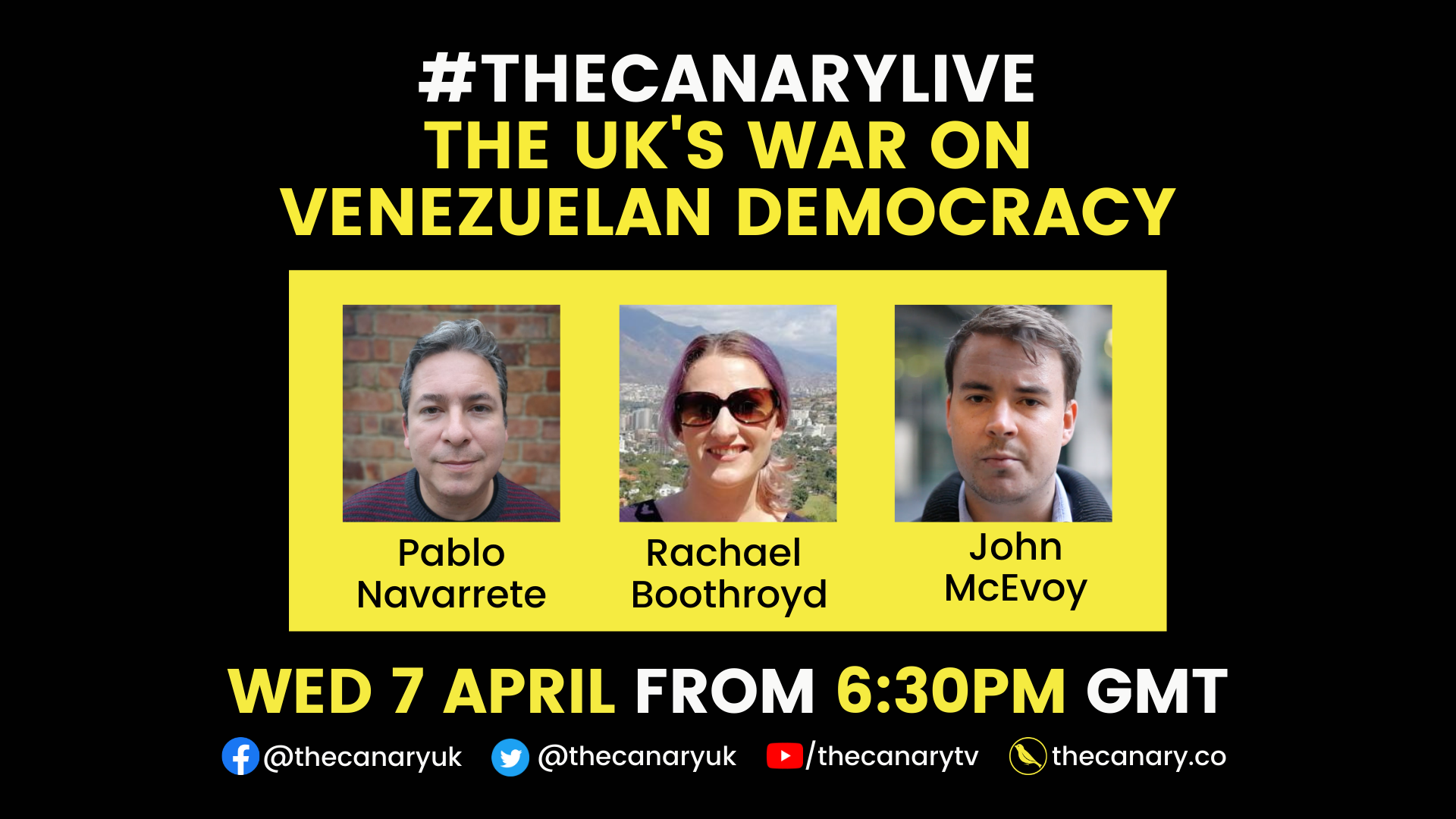 The UK’s War on Venezuelan Democracy

Venezuela is not only in Washington’s crosshairs, but also London’s. When Venezuelan opposition figure Juan Guaidó proclaimed himself president in January 2019, the UK became one of the first countries to recognise him. Since then it has supported the overthrow of the Venezuelan government – setting up a secret ‘reconstruction’ unit, freezing billions of dollars of gold, and funding covert information operations. Join us on 7 April to discuss the UK’s involvement in the ongoing coup attempt in Venezuela.

Event supported by Alborada.net and Venezuelanalysis.com