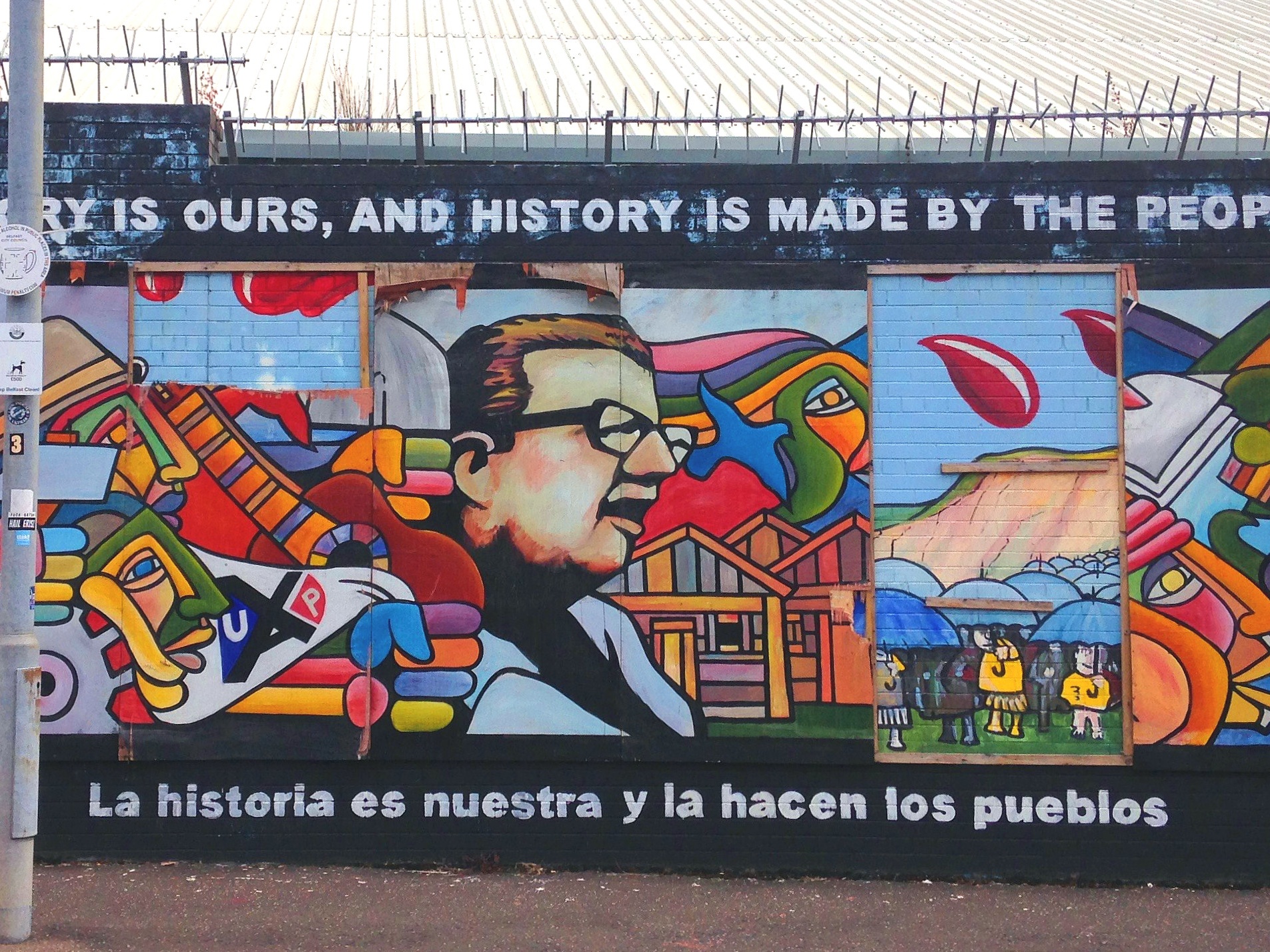 The Spirit of ’70: Lessons from Salvador Allende’s Chile for Britain and Beyond

Join hip hop artist Lowkey in conversation with Alborada contributing editor and author Victor Figueroa-Clark on the legacy of Salvador Allende’s socialist government in Chile and the lessons for today’s Left.

While Latin America has experienced a rightward turn, the prospect of a socialist Labour government under Jeremy Corbyn seems ever more possible in Britain. Lowkey and Victor Figueroa-Clark assess what today’s Left can learn from the experiences of Chile during the Allende government of 1970-73.

Allende implemented mass programmes of wealth and land redistribution which improved the lives of millions of people but engendered the wrath of the Chilean elite and the United States. Allende was toppled in a US-backed coup of 11 September 1973 that installed the military dictatorship of General Pinochet.

With Corbyn facing an unprecedented campaign to undermine his leadership in the media, the political establishment and even within the Labour party, what can we learn from the experiences of Chile? What lessons are there for countries in Latin America trying to confront US domination? And how can Allende’s legacy be seen in other parts of the world?

Lowkey is a British-Iraqi rapper and activist whose third album ‘Soundtrack to the Struggle 2‘ was released in April 2019.

The event will be chaired by Natasha Josette (Level Ground) and introduced by Alborada co-editor Pablo Navarrete.

The upstairs bar (opposite the theatre entrance) will be open from 6pm to 9.30pm)

The Spirit of ’70: Lesson from Salvador Allende’s Chile for Britain and Beyond. Lowkey In Conversation with Victor Figueroa-Clark