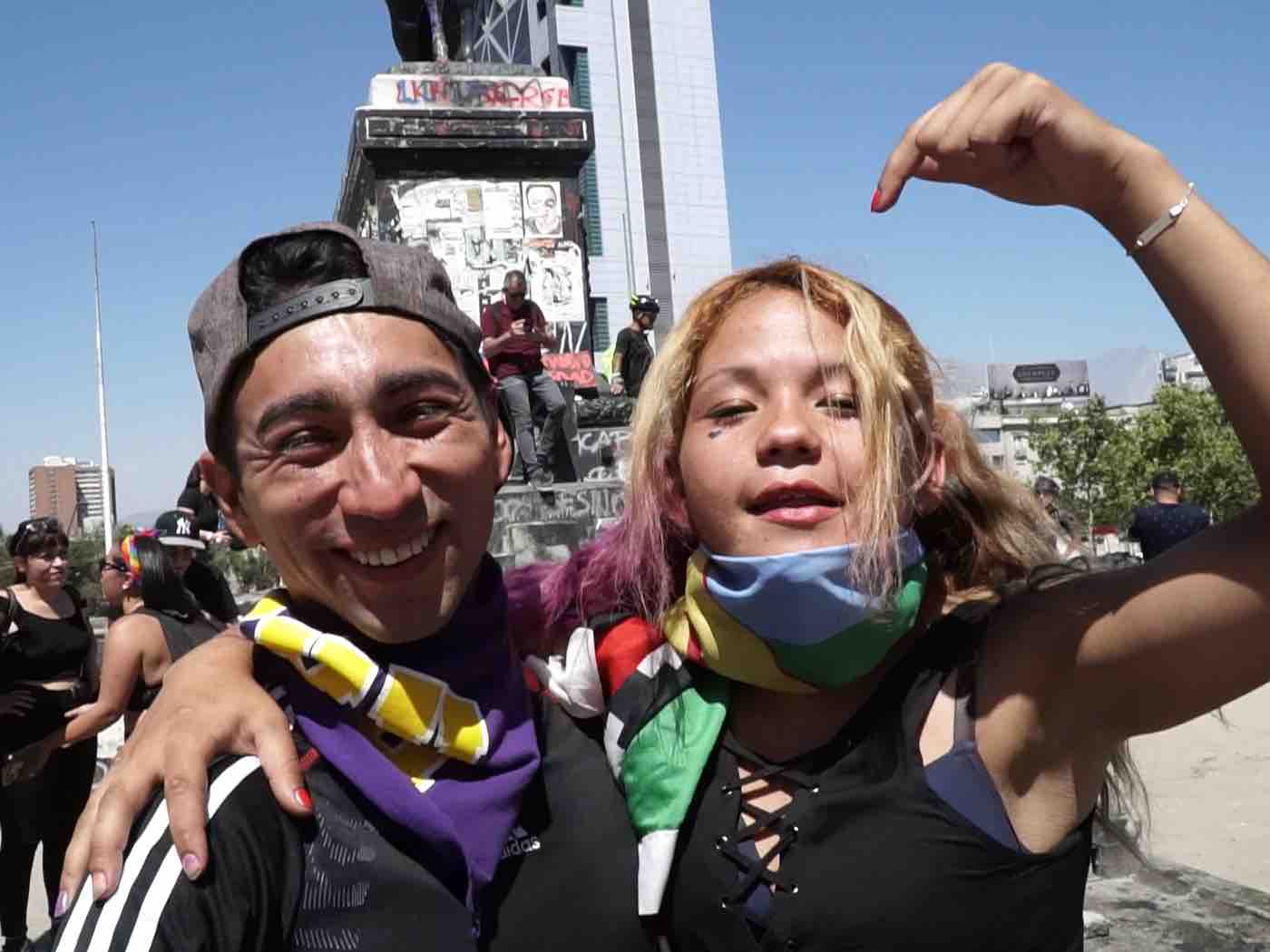 Screening of Alborada Films’ new documentary Santiago Rising at Fewer Than One in Sheffield.

The screening will be followed by a Q&A session with director Nick MacWilliam and Sheffield-based activist María Vasquez-Aguilar of Chile Solidarity Network. Chaired by filmmaker and Alborada founder Pablo Navarrete.

Chilean empanadas (meat and vegetarian) will be on sale from 6pm to 10pm.

The film charts the build-up to the historic vote, in October 2020, that saw Chileans vote for a new people’s constitution to replace the one imposed during the brutal Pinochet dictatorship. It examines how a movement which began as a high school students’ protest over transport fares evolved into one of the most significant events in the country’s history.