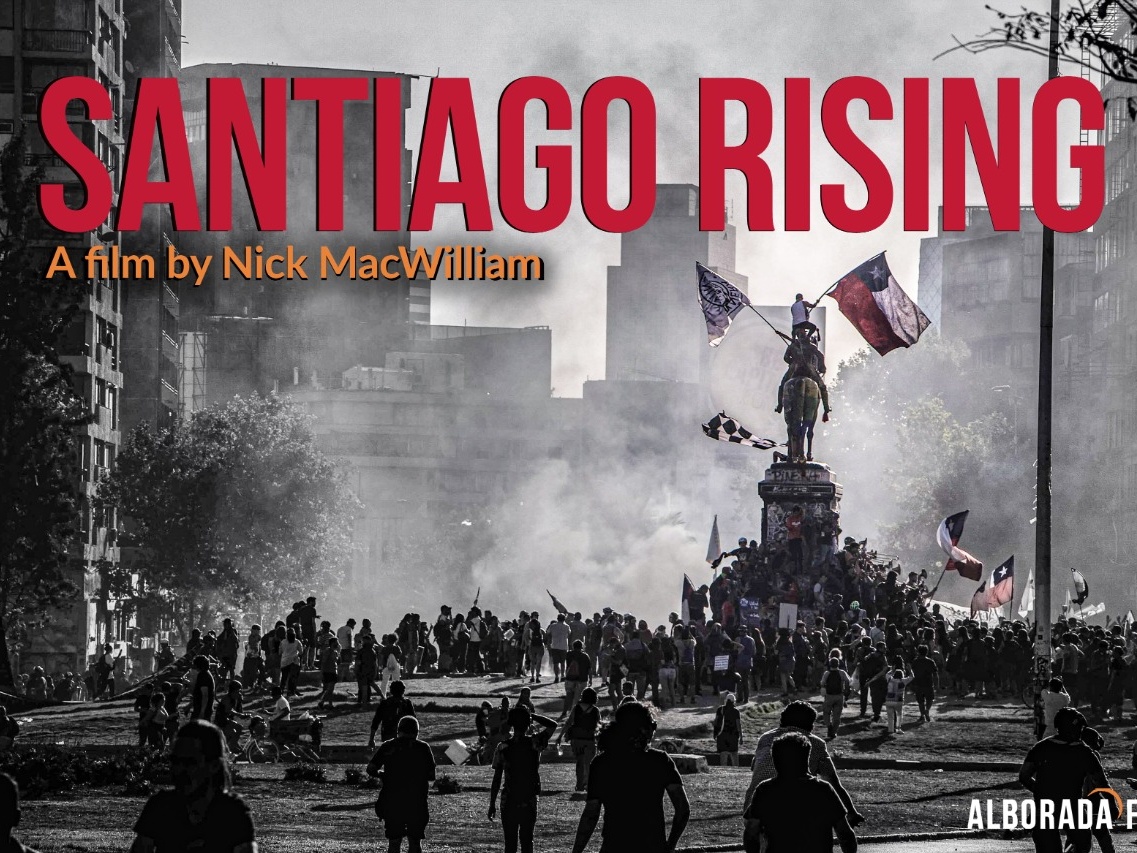 *We have rescheduled this event from 15 January to Saturday 5 March due to the current situation with the pandemic. Your tickets will be valid for the new date or you can claim a refund. We apologise for any inconvenience.*

Grab a seat for this on-the-ground and dynamic feature documentary that details, in thrilling images and interviews, the massive protests in Chile in 2019 that lead to Chileans voting to replace Pinochet’s constitution with one drawn up from representatives of the people. Historic. A-must-see film about direct and diverse action for social justice, equity. greater participation and against neoliberal, totalitarian and unjust systems of power.

After the film will be Q&A with director Nick MacWilliam + Matthew Brown (Author and Professor of Latin American History at Bristol Uni) + others tbc.

This Chilean uprising has been barely reported in the UK but it is a vitally important piece of modern history concerning a grassroots mass movement that is having serious and inspirational consequences in Chile and elsewhere.

Keeping the pressure on and demanding “Everybody Must Go” is brutal and energy sapping work but thats what been happening in Chile. The protests over economic inequality engulfing Chile have their roots in historic political events and an elite that were crushing and degrading the people. It became too much. Filmed during the weeks after demonstrations began, Santiago Rising meets social movements, protesters and people from all different backgrounds in their struggle for equality and human rights.

Santiago Rising also emphasises the prominent role of music and art in political dissent. We also see the state’s attempts to crush the protest movement through a violent police crackdown.

Although the odds are stacked against them, Chileans find strength in solidarity as they grapple to overcome a state and colonial mindset intent keeping the people down. Despite the heavy dread times we live in this film captures some forms of resistance and common sense that keep rising up. The film and director are here as a way to witness and question and share what’s been going on.

Nick MacWilliam is a British filmmaker and journalist who lived in Chile between 2010 and 2014. He has written extensively on Latin American politics and culture for various media, including Jacobin, In These Times, Counterpunch, NACLA, Red Pepper and more. He is co-editor of Alborada, an independent media platform focused on Latin America.

“By capturing the diversity, the improvisation and creativity of this people’s revolution, MacWilliam has created an invaluable historical document” – Grace Livingstone (Red Pepper)

“On the one hand, we see the joy, colour, diversity, and energy of a people who feel that they have finally awakened from a long slumber and are making their way to a hopeful future. On the other, we see savage state terror, and the tragic results in the form of death and mutilation.” – Diego Catalán (In Defence of Marxism)