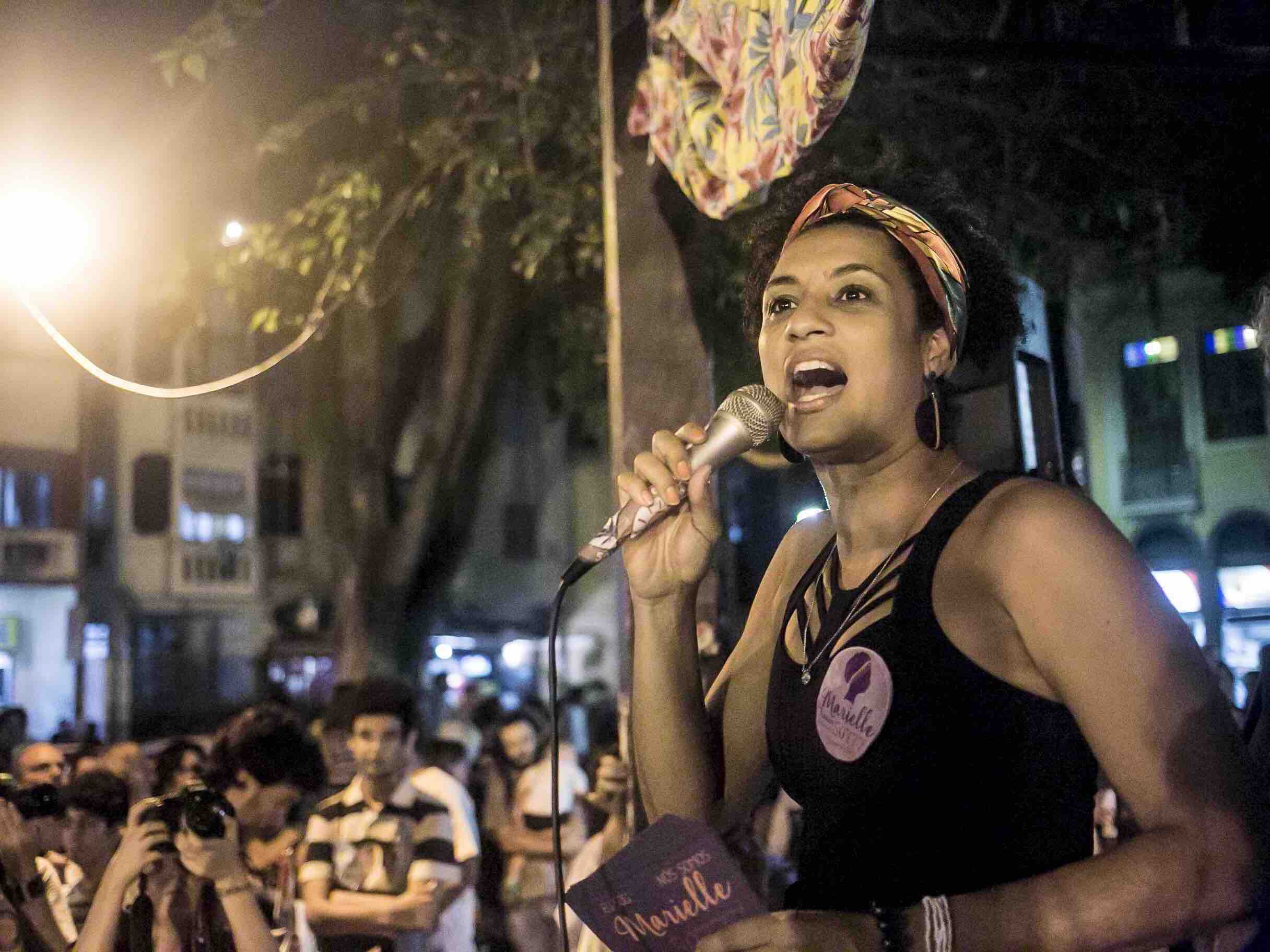 Remembering Marielle Franco – The Resistance of Black Women in Brazil

A celebration of Marielle Franco’s life and the resistance of Brazil’s Black Women against femicide, Bolsonaro and the far-right.

It’s been three years since the political assassination of Marielle Franco. While we still demand answers over her death and call for justice – we also celebrate her work and the movements that she fought for during her life.

We’re delighted to be joined by:

Renata Souza – feminist, human rights advocate, and State Deputy in Rio de Janeiro. Renata was Marielle’s chief of Staff before her murder, and she also serves as the President of Rio’s Legislative Assembly’s Human Rights Commission.

Claudia Webbe MP – UK parliamentarian serving as Labour MP for Leicester East. Claudia is also a life-long black rights activist and is the Vice-Chair of the Brazil Solidarity Initiative.

And more speakers to be confirmed as we show our support for black movements, women’s movements and the fight for equality in Brazil under far-right president Bolsonaro.

This event is jointly organised by the Brazil Solidarity Initiative and Brazil Matters and supported by Democracy for Brasil – UK and Labour Friends of Progressive Latin America. Details to join the online meeting will be sent to all attendees shortly before the event.