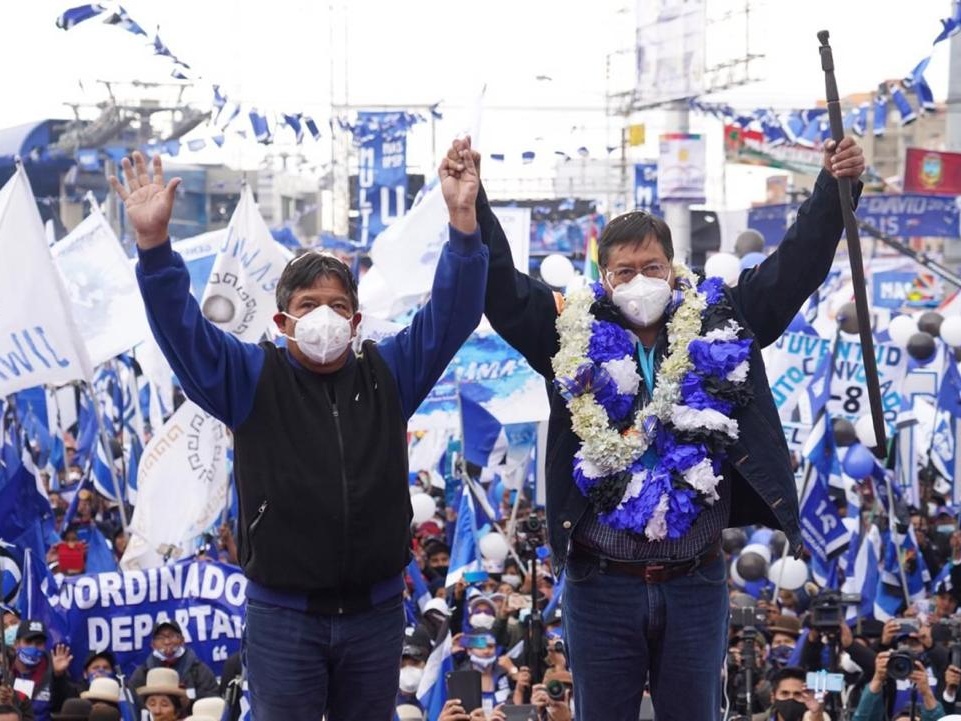 Reflections on the MAS’ Election Victory in Bolivia

Join our latest Alborada Online event on the recent election in Bolivia, in which the MAS party was returned to office following last year’s coup d’état.

Bolivia’s presidential election of 18 October resulted in a landslide victory for the Movement Towards Socialism (Movimiento al Socialismo, MAS), almost one year after it was forced out in a US-backed coup d’état.

The coup installed a far-right regime which massacred indigneous protesters, criminalised the MAS and implemented neoliberal policies. Most sections of the English-language mainstream media legitimised the coup despite the absence of evidence of fraud and the widespread human rights violations being committed by security forces.

But intense resistance and organisation among the Bolivian people led to new elections which saw the MAS candidate, Luis ‘Lucho’ Arce, elected with a huge mandate. What comes next for Bolivia and the MAS? Will Jeanine Añez and the coup regime be held to account? How will Bolivia resist future destabilisation seeking to take control of its natural resources? And will there be any role for Evo Morales?

We are joined by journalists who have reported extensively on Bolivia:

Watch our previous event on Bolivia with Ollie and Olivia.

Anyone that donates at least £2 per month or makes a one-off donation of £25 or more will be added to a special email list that receives priority booking for our online events. We know times are hard so one-off donations of less than £25 are also greatly appreciated – whatever you can afford.