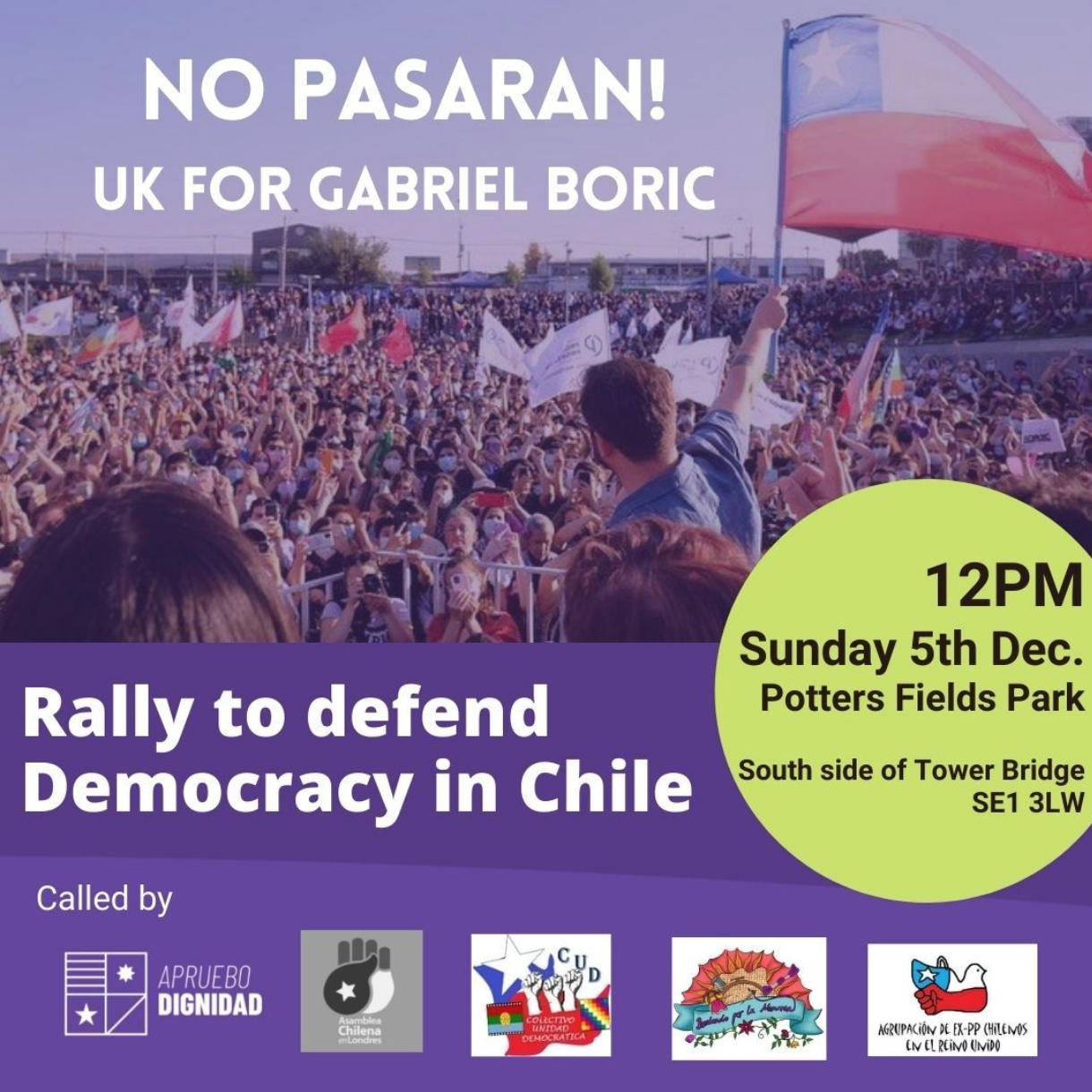 Rally to Support Democracy in Chile

Rally to support democracy in Chile
Sunday 5th of December

Diverse organisations based in the United Kingdom have called for a rally in solidarity with the people of Chile, who are facing the advance of the extreme right in the country.

Last Sunday 21st November, a pro-Pinochet candidate, Jose Antonio Kast, won the first round of the presidential election with a discourse based on fear, and attacks on progressive agendas and to roll back human right protections.

The rally is a call to show opposition to Kast’s regressive agenda, to support the Chilean people’s struggle for more democracy, and to express support for the candidacy of Gabriel Boric, a former student leader and member of the left-wing coalition, Apruebo Dignidad, who will confront the far-right candidacy in the second round on December 19 this year.

The activity will take place on Sunday 5th of December, at 12 noon at Potters Fields Park, next to Tower Bridge in London.