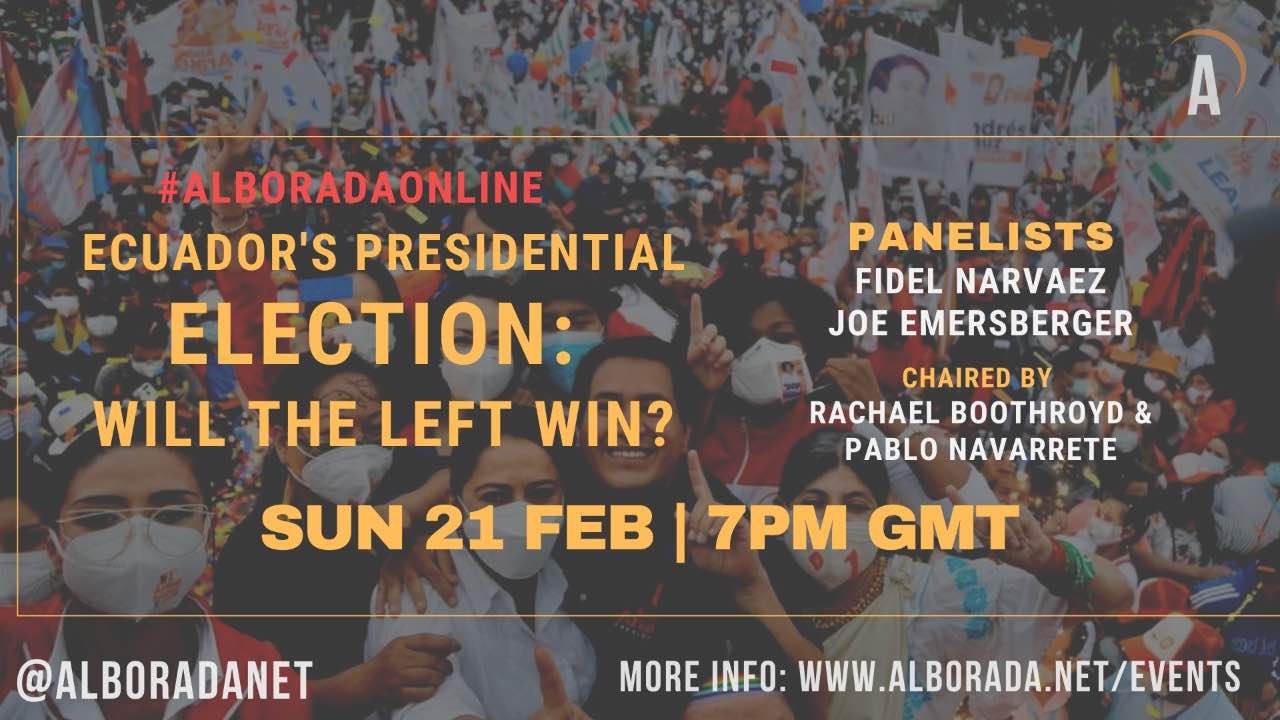 On 19 February Ecuador’s National Electoral Council (CNE) confirmed that Arauz, who is supported by former President Rafael Correa, will joined in the 11 April run off vote by rightwing former banker Guillermo Lasso.
The period since the first election has been turbulent with indications that there are influential forces intent on preventing Arauz from winning the presidency.

With a new Biden presidency in the US, and in the wake of the return of the Movement Towards Socialism to the Bolivian presidency, the Ecuadorian elections are of great importance to the Left regionally and internationally. Join us as we explore the key issues at stake, whether Arauz is likely to win in April and what his presidency could mean for Ecuador and Latin America.

If you sign up on Eventbrite you will be sent reminders about the event which will include a list of five recommended links with background information on the latest developments on the election in Ecuador.