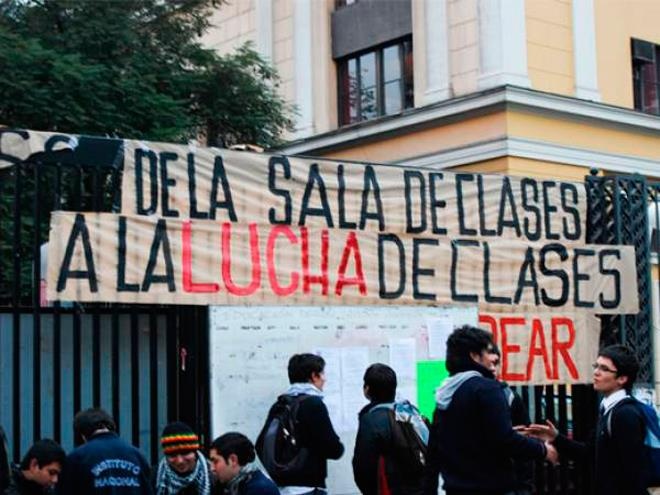 Alborada presents the first UK screening of the Chilean documentary:

The year 2011 saw an unprecendented wave of student protests throughout Chile, with occupations of more than 90% of public educational institutions and numerous private ones too, and with marches in every city of the country. This film is a record of the events and the reasons behind the movement.

The screening will be followed by a Q&A with the director. Chaired by Alboradas Nick MacWilliam

Renato Dennis was born in Santiago in 1978. He graduated in Hispanic Literature at the University of Chile. In 2010, he edited his first book, PAN. He was formerly part of the FECISO film collective and since 2011 has worked on numerous documentaries about the Social Movement of Resistance of recent years in Chile, including ‘El Piquete del 5-6’, ‘De la sala de clases a la lucha de clases’, ‘Ad Augusta per Angusta’, ‘A Fierro’ and various others.