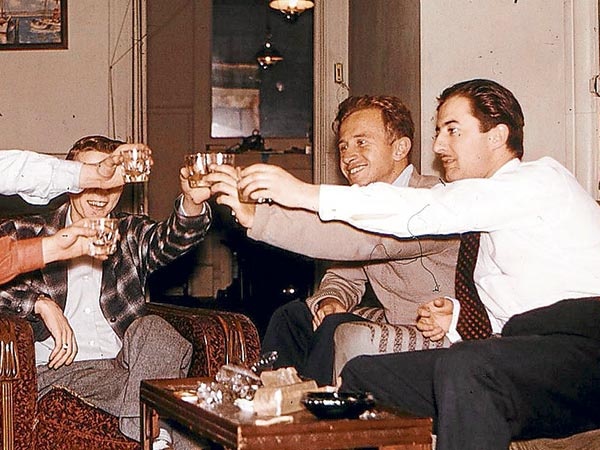 The story of a group of US economist Milton Friedman’s disciples that, backed by a military dictatorship, turned Chile into the first and most extreme neoliberal country in the world.

>>Tickets available direct from the venue and from the Rich Mix website here:

After the 1973 coup which brought Augusto Pinochet to power, a group of Chilean economists were given the power to turn Chile into a laboratory for the world’s most radical neoliberal experiments.

These men, including Sergio de Castro and Rolf Lüders, both of whom would serve as ministers of finance during the Pinochet years, met in the 1950s at the University of Chicago, where they studied under the famed economist Milton Friedman, and the man who would become their mentor, Arnold Harberger.

CHICAGO BOYS is their story from their student days through the dictatorship, told by the Chicago Boys themselves. Could their program for ‘economic freedom,’ such a drastic restructuring of the Chilean economy, only have been implemented by an authoritarian regime? What were they willing to do to achieve their goals? And how do they see the long-term results today?

Even though they do eventually acknowledge some of the darker sides of their work, Lüders “couldn’t care less about inequality,” de Castro feels bad for the torturers, and they all seem completely baffled by those Chileans who have filled the streets in protest against their legacy.

“A great documentary [and] useful contribution.” —The Nation

“Sheds a light on an aspect of academic, political and economic history that has received little coverage…An interesting discussion piece on the issues of economics and human rights.” —Educational Media Reviews Online