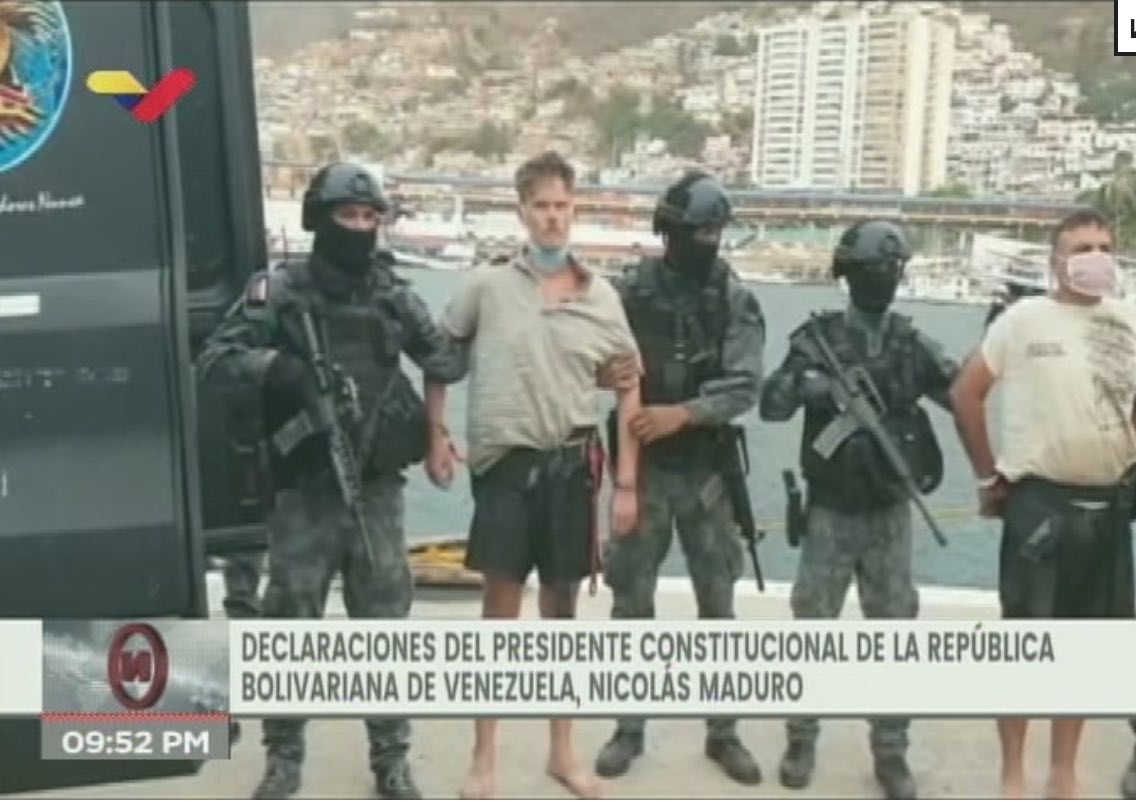 Join Alborada’s next Alborada Online event on 19 May in which we’ll be discussing the recent failed coup attempt in Venezuela.

At the beginning of May, armed mercenaries attempted to invade the country on speedboat via its La Guaira coast before being neutralised by local fisherman and security forces.

Despite the involvement of at least three former US Green Berets and a US private security company known as Silvercorp USA, the United States has so far said it had “no direct involvement” in the attempted coup. But the thwarted invasion is just the latest in a series of longstanding attempts to undermine the country’s leftist government, led by Nicolas Maduro. A recent report by the Associated Press revealed that Silvercorp USA had also been involved in training an army of 300 volunteers on the Venezuela-Colombia border – in full knowledge of the Colombian authorities and Venezuelan opposition – with the aim of invading Venezuela and deposing the national government. Meanwhile, the US government continues to push economic sanctions against the Venezuelan government, causing untold misery in the Caribbean country as it attempts to deal with the consequences of the global Coronavirus pandemic.

What do these latest developments mean for the Bolivarian Revolution and how is the organised Venezuelan left dealing with these attacks on the country? What is the role of the country’s notoriously fractured national opposition? We’ll be discussing all this and more with the following speakers:

> Dan Kovalik is a labour & human rights lawyer based in the United States. His latest book ‘No More War’ documents how the West uses “humanitarian intervention” to pursue its strategic economic interests. He is also the author of ‘The Plot to Overthrow Venezuela’ with a foreword by Oliver Stone.

> Ana Felicien is a Venezuelan food sovereignty activist involved in drafting the country’s 2015 “National Seed Law” which banned the use of GMOs. She is currently involved in the “Pueblo a Pueblo” commune initiative which seeks to build a new food system in Venezuela, including community-led production and distribution networks.

> Ricardo Vaz is a journalist, political analyst and editor at the independent grassroots website Venezuelanalysis. He is also a member of the Venezuelan media collective Tatuy TV and a regular contributor at Fairness & Accuracy In Reporting (FAIR).

Watch the video of our first Alborada Online event HERE.

A regular programme of Alborada Online is high on our list of priorities.

Anyone that donates at least £2 per month or makes a one-off donation of £25 or more will be added to a special email list that receives priority booking for our online events. We know times are hard so one-off donations of less than £25 are also greatly appreciated – whatever you can afford.