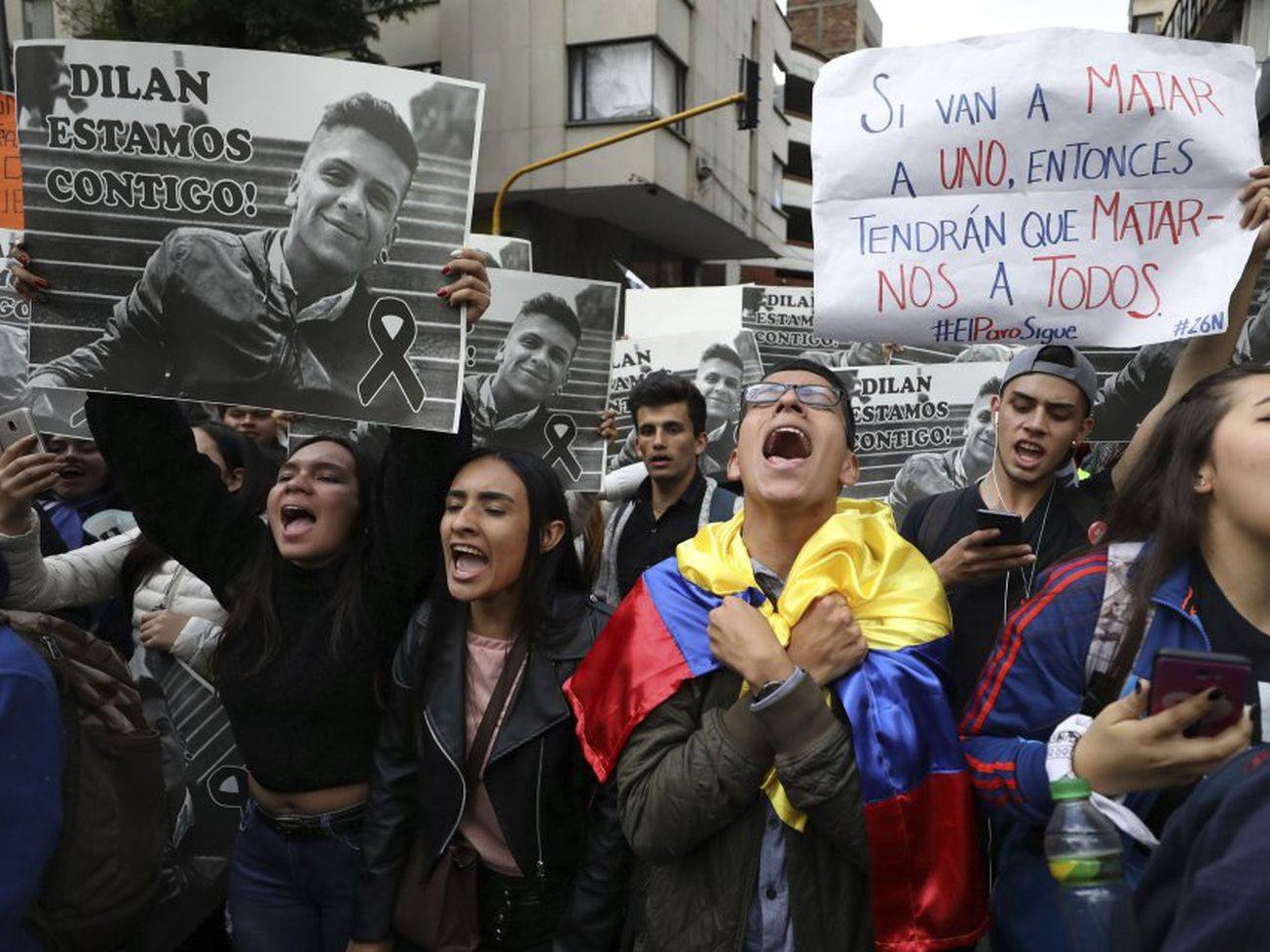 Join our latest Zoom online event which looks at the current situation in Colombia. We are joined by FARC party senator Victoria Sandino, a lead guerrilla negotiatior in the 2012-2016 negotiations which led to the historic 2016 peace agreement. Also joining us is Mariela Kohon, Senior International Officer at Britain’s Trades Unions Congress and an advisor to the Colombian peace dialogues.

Colombia faces a human rights crisis that has seen more than 600 activists and community leaders murdered since the signing of the historic peace agreement four years ago. In 2020 alone, more than 60 massacres have been committed, as paramilitaries and armed groups compete to control drugs trafficking and other illicit economies.

Colombia’s government of President Iván Duque is displaying increasingly authoritarian tendencies, with opposition politicians, international observers and social organisations warning over the implications for the democratic process and human rights.

The government has also sought to crush social unrest over state violence and neoliberal reforms, with police accused of killing up to 13 people in protests in early September. The military has also been implicated in multiple human rights violations under Duque.

What does the current situation mean for the future of peace in Colombia and the hopes of millions of people to live in a society free from conflict?

– Victoria Sandino is former guerrilla commander and a Senator in the FARC political party, which was formed in the 2016 peace agreement. She led the groundbreaking chapter on gender in the agreement.

– Mariela Kohon is Senior International Officer at the Trades Union Congress (TUC) a federation of trade unions in England and Wales representing over 5.5 million workers. She was an advisor to the 2012-2016 Colombian peace talks and is a former Director of the UK based organisation ‘Justice for Colombia‘.

The event runs from 7pm to 8.30pm London time but the waiting room will be open from 6.30pm. A Colombian music playlist will be played before the event.